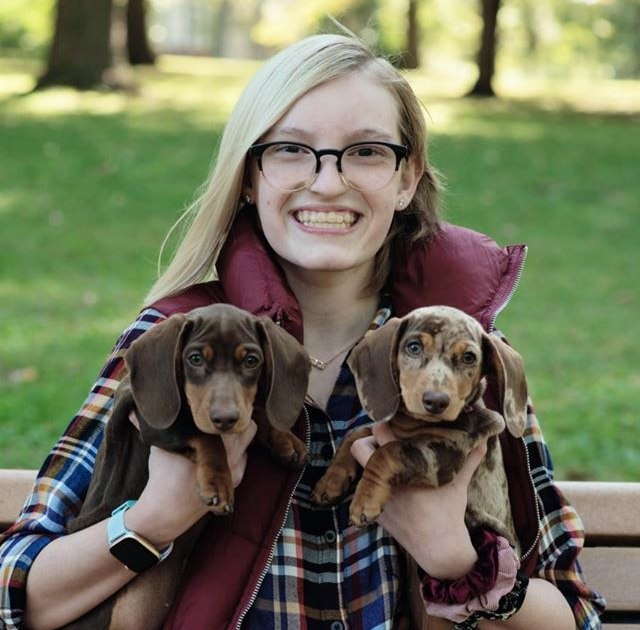 When my daughter, Megan, was diagnosed in 2006 there was not much information around on Alagille Syndrome. As a matter of fact, when she was diagnosed the doctors informed me to NOT Google it. That was when I knew she had something I really didn’t want to know about, yet I became well versed when it came to heart, lung, and liver issues over the next 13 years. Megan is the strongest girl I know. She’s had 3 liver transplants, open heart surgery, 13 ear tube placements, 32 heart caths, biliary stents placed, and over 250 surgeries. We’ve quit counting.

Megan was born March 16, 2006 and within 48 hours was jaundiced and turning blue so she was taken to the Special Care Unit for monitoring. She spent a few days under bilirubin lights, and they found she had a hole in her hear. After 7 days we were released to taker her home. Her pediatrician was persistent and had labs drawn weekly. Her indirect bilirubin remained high so he referred us to a Gastroenterologist at St. Louis Children’s Hospital. We went down for an afternoon appointment and did not make it home until 8:00 PM only to return the next morning at 6:00 AM for more tests. That was when I was told she had Alagille Syndrome. Megan consistently scratched her body and face. They placed her on medicines to help the itching. After 10 months her belly got extremely big and we went to the ER where they said she had a virus. That answer did not sit well with me and I insisted on seeing her Gastroenterologist. He advised us a liver transplant was needed. In order for transplant to be considered, we needed to address her pulmonary artery stenosis with a heart cath. Once she did well with that procedure, they listed her on the UNOS (United Network for Organ Sharing) for the transplant. A newspaper article was written about Megan in the St. Louis Post Dispatch stating she wanted a liver for her first birthday and luckily Theresa Boner (altruistic donor) called in and was a match. Both Theresa and Megan underwent transplant on March 1, 2007 at Barnes-Jewish Hospital and St. Louis Children’s Hospital of St. Louis. Unfortunately, Theresa’s liver clotted within 3 days and Megan was relisted for a second liver. On March 11, 2007 she received the second gift of life (left lobe) from an unknown donor who passed away in a tragic accident. Her second liver needed assistance in releasing bile from her liver and she had her first biliary stent placed about 6 months post-transplant.

In June 2007, Megan began having regular heart caths to address her pulmonary stenosis issues every 3-4 months. In December 2007, during one of these caths, the doctors noticed Megan had an aneurysm in her pulmonary artery. She needed open heart surgery to replace her artery. Megan had the surgery on December 14, 2007. Luckily, we went home 4 days later. Megan recovered well from the surgery but still needed to have heart catheterizations (32) until she was about 4.
Over the next few years Megan didn’t gain much weight and needed an NG tube to assist her weight gain. For a few years Megan did great. She went to public school and was rarely absent. When she was 7 and in third grade she got extremely sick with two major infections in her liver. Two biliary drains were placed in her liver in hopes the infections would leave hear body that way. At that time, the doctors told us there was nothing more they could do to help her. After three weeks and many sleepless nights Megan slowly recovered and returned home. The drains remained in her abdomen for the next year and a half. She could not swim or be submerged in water but I always made sure she never missed out on anything (Saran Wrap and Press N Seal were our best friends).

In May 2016 Megan finished fourth grade and then literally got sick overnight because her liver was no longer working. She was in and out of the PICU (Pediatric Intensive Care Unit) from the end of May until the end of June. She had internal bleeding that couldn’t be controlled and was placed on a medicine where should could not eat or drink. While on this medicine she had to remain in the PICU because it could cause other major medical issues, therefore she needed close monitoring. Megan handled all of this extremely well, despite having a great appetite. On June 25, 2016 she was admitted back into the PICU with no end in sight, the bleeding would not stop and she was receiving a pint of blood every 2-3 days. On July 8, 2016 Megan was placed on the UNOS list to receive her third liver transplant. The surgeon was sure she could fix her once the right liver was available. Unfortunately, Megan was listed extremely low on the list (her liver labs looked ok) and would not likely receive the liver she needed to survive. On July 15, 2016 an acceptance letter was granted to bump Megan up on the list to a 40 based on her needing blood transfusions to sustain her life. The following Sunday, we received the call at 8:00 PM with an offer of a liver. When I looked at Megan we both knew what the call was about. We were excited yet scared at the same time. At 7:30 AM on July 18, 2018 Megan was taken from bed 9 in the PICU to the Operating Rooms. As we left the PICU all the doctors, nurses, CNA’s and respiratory therapists we had been getting to know over the last 3 weeks gave her high fives and told her wishes of good luck. Her transplant lasted 13 hours and was extremely difficult. She was not brought back into the PICU until 11:00 PM that night. By 3:00 AM she was awake and asking to see her new “shark bite” over the vent that was helping her breath. I took a picture with my cell phone and showed her. She shrugged her shoulders and went back to sleep. The next three weeks were rough, her kidneys took a major hit and she was close to being placed on dialysis. Luckily, she had some amazing doctors and she is extremely tough.

On August 7, 2016 she moved to the surgical floor and released to go home on August 15, 2016. Once we got home her dogs were so excited to see her. She began walking the dogs and building her strength back up. On October 3, 2016 she returned to finally begin 5th grade. She returned to school with no major issues, in March 2017 her liver numbers were off and they performed a liver biopsy and determined everything looked great. Once we heard the good news. we celebrated by going to the beach to make awesome memories. Megan finished fifth grade with flying colors and moved to the middle school with no issues. Sixth grade was a good year, transitioning to a new school was very different but she did well. In seventh grade she danced on the school’s drill team. Her energy and stamina was amazing after everything she has been through. She continues to do dance and hang out with her friends whenever possible. When people meet her, they don’t believe her medical challenges and she rarely talks about them. She focuses on how to make every day the best day possible and she doesn’t let her Alagille Syndrome define her in any way. Megan is now in 8th grade and is finishing up her second year of drill (dance) team.